19.05.2021 BDB hosted a conference on the financing opportunities by the Three Seas Initiative Investment Fund

The Bulgarian Development Bank (BDB) presented the funding opportunities by the Three Seas Initiative Investment Fund (3SIIF). BDB held an Equity for Infrastructure conference, officially opened by the President of Bulgaria Rumen Radev and the Minister of Economy Kiril Petkov, who is also the new National coordinator of the initiative. Representatives of the Fund, of the Fund’s Investment advisor - Amber Infrastructure Group, as well as key partners, participated in the event.

The event introduced the specificities of the equity investments in regional infrastructure in the sectors targeted under the "Three Seas" initiative - transport, energy and digitalization.

"BDB will assist any Bulgarian company, that has a good project, to apply for financing by the Investment Fund. The Fund’s opportunities along with additional private capital, will contribute to the creation of a strategic leverage effect for the business. This will enhance the recovery and growth of our economy, "said Sofia Kasidova, Head of Strategic Analysis and Development at BDB.

BDB will promote with priority sustainable projects - green, digital and environmentally sound. To that purpose, it has developed a portfolio of financial instruments, including various investment and working capital loans, guarantee programs and equity investments.

During the welcoming opening of the forum, President Rumen Radev emphasized the role of the business in the initiative, whose main goal is to improve the people’s standard of living within the region of the 12 member states.

"The key to success is to join forces as political leaders in order to create connections between business and NGOs," said the President, while calling for smart connectivity to mobilize full human potential.

The Minister of Economy Kiril Petkov asked all participants in the Three Seas initiative to hold talks with small and medium-sized enterprises in their countries. This will provide information on the importance of the infrastructure and outline potential partners. "Let the July Summit be not merely a conference, but a real creation of business relations and potential joint business initiatives," the minister added.

3SIIF operates entirely on a commercial basis. The Fund is registered under Luxembourg law as an alternative investment fund. Projects applying for equity must be viable and generate a long-term return on investment. To ensure transparency, the selection and approval of projects will be carried out by the investment adviser Amber Infrastructure Group and the Fund Manager.

The Three Seas Initiative Investment Fund can undertake equity investments in the range of EUR 50 to 250 million per project. The Fund is a long-term investor with a lifespan of 15 years, which can be extended by up to 5 years. According to Joe Philipsz, Investment Director at Amber Infrastructure Group, the investment process usually takes between 9 and 15 months.

The region offers a significant opportunity for private investment in infrastructure. Amber has already received and is considering 6 projects from Bulgaria.

In the words of Beata Daszynska, Chairwoman of the Supervisory Board of 3SIIF, the Fund has one clear goal – to improve the quality of life in the Three Seas Region through infrastructural investment. To bridge the infrastructural gap between Eastern and Western parts of the European Union we need to spend almost EUR 600 billion for energy, transport and digital infrastructure alone by 2030. The largest part of the resource – EUR 290 billion, should go for transport and logistics. EUR 160 billion need to be dedicated for digital infrastructure and the remaining EUR 88 billion would need to be directed to the energy sector.

"So far 89 are the priority projects within the 12 countries. They total EUR 85 billion", said Yasen Georgiev from the Economic Policy Institute. The investments, planned under the Three Seas initiative, already exceed EUR 1 trillion. 12% of the projects are completed or active, and 62% are in the starting phase. Predominant part of the projects is in transport sector, followed by energy, and about 20% of the projects are in the digital area. The most active in setting up group multi-country projects are Romania, the Czech Republic and Bulgaria.

The economic perspective of the “Three Seas” region requires intensive capital investments in three areas: digital, transport and energy infrastructure. Yet we should not think of these as separate. Digitalization and innovation will assist in upgrading or building from scratch energy and transport projects and will improve the connectivity and energy independence of Eastern European countries, said Petar T. Ivanov, CEO of the American Chamber of Commerce in Bulgaria.

The first projects, which have been approved for funding by 3SIIF, were presented during the mini-conference. Those included the largest private locomotive leasing company in Poland, Cargounit, and the data centre Grenergy in Estonia.

The investment fund 3SIIF includes shareholders from the countries participating in the Three Seas Initiative. Its target amount is between EUR 3 billion and 5 billion, and is expected to generate investments up to EUR 100 billion. The main objectives are investments in transport, energy and digital infrastructure along the north-south axis and to compensate for the differences in the development of the individual regions within the European Union.

Three Seas initiative unites 12 member states of the European Union - Austria, Bulgaria, Croatia, Czech Republic, Estonia, Hungary, Latvia, Lithuania, Poland, Romania, Slovakia and Slovenia. It was established in 2015 at the level of Head of State as a platform for cooperation between the countries located in the region between the Baltic, Black and Adriatic Seas. One of its main objectives is to enhance economic convergence between the countries of the region and Western European countries through the development of transport, digital and energy infrastructure, as well as connectivity. The project relies on an active partnership with the European Commission as well as with Germany and the United States. 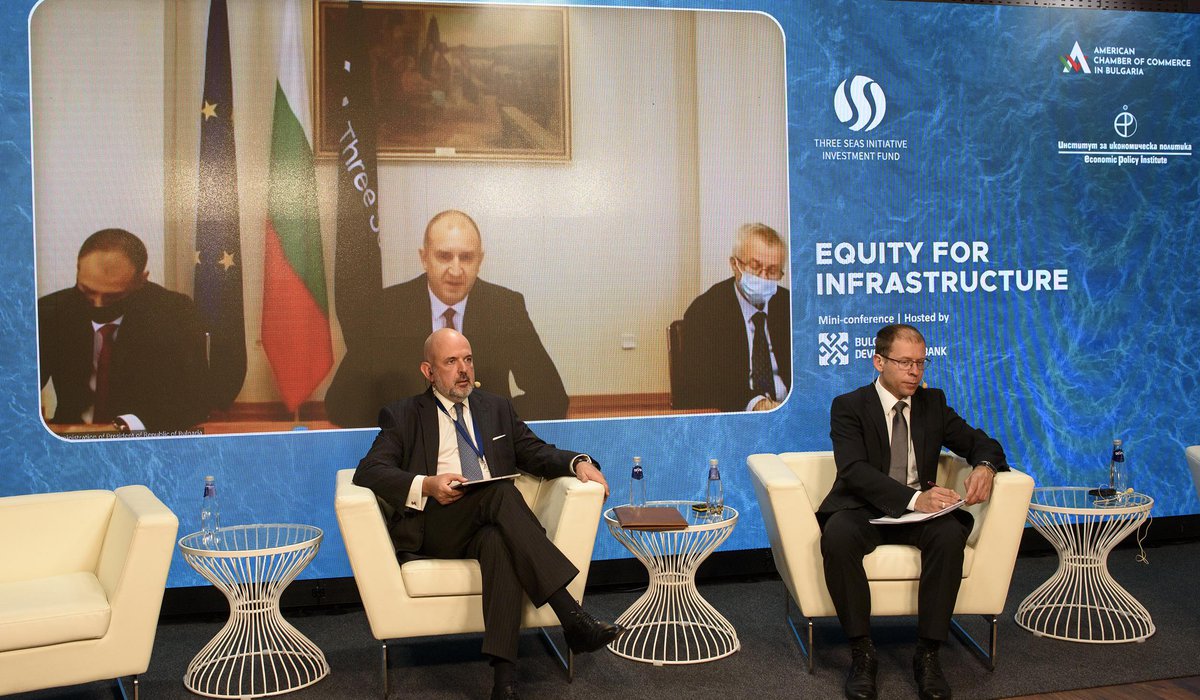 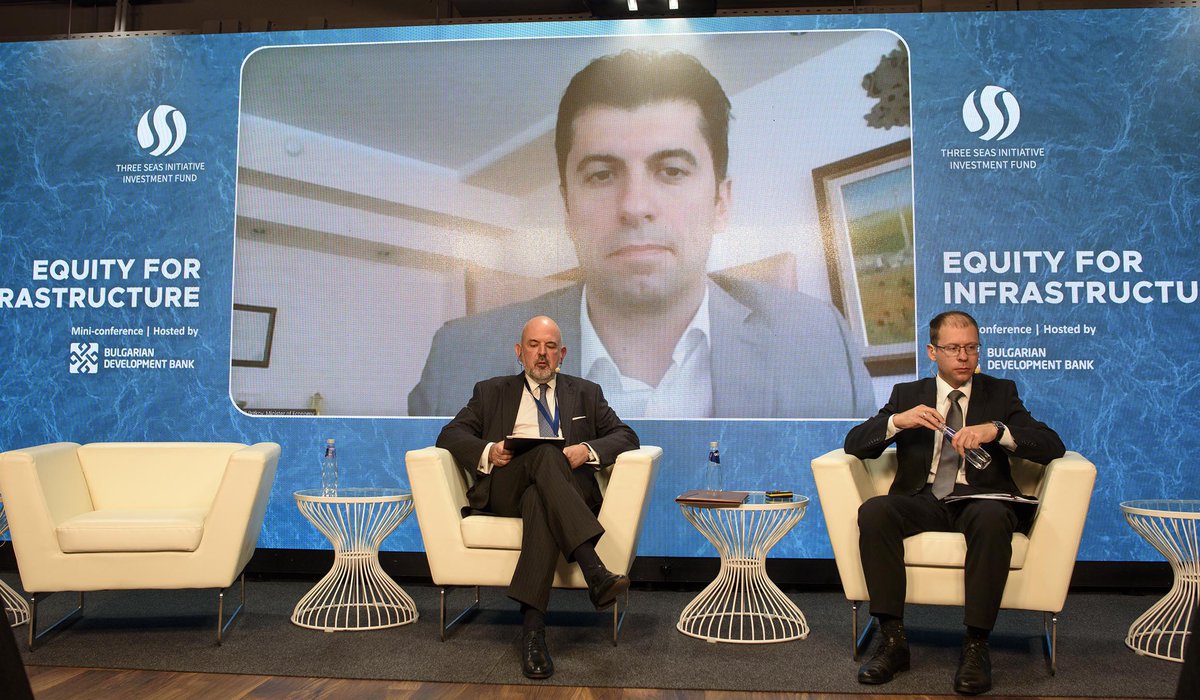 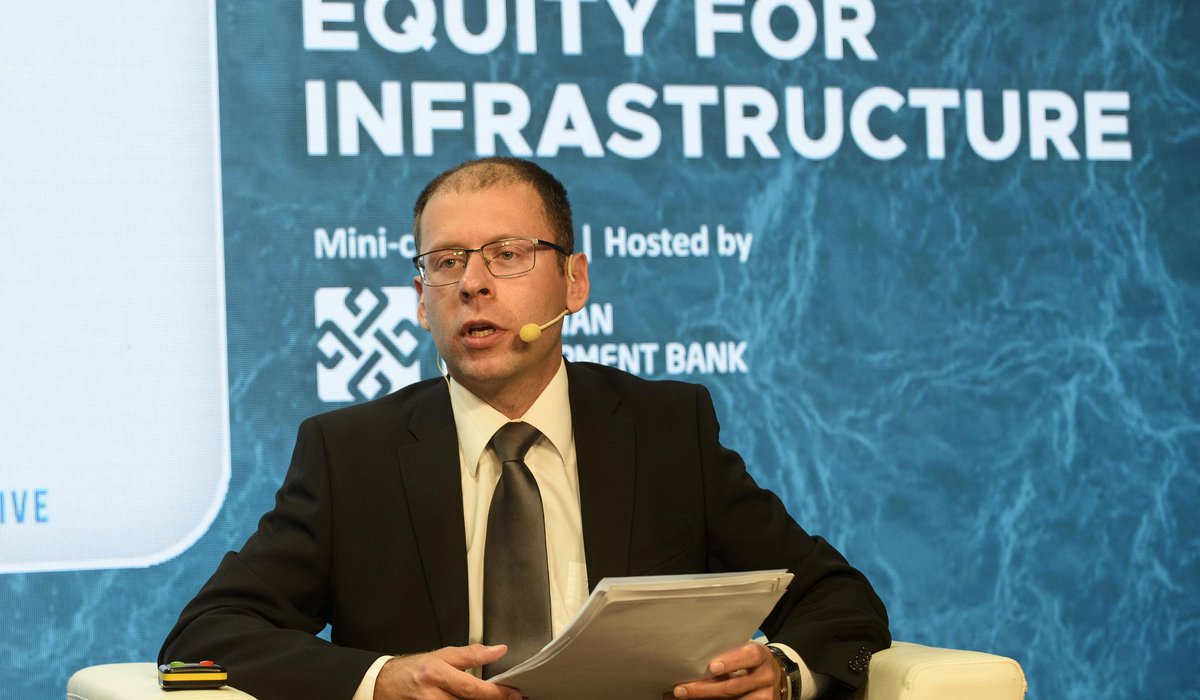 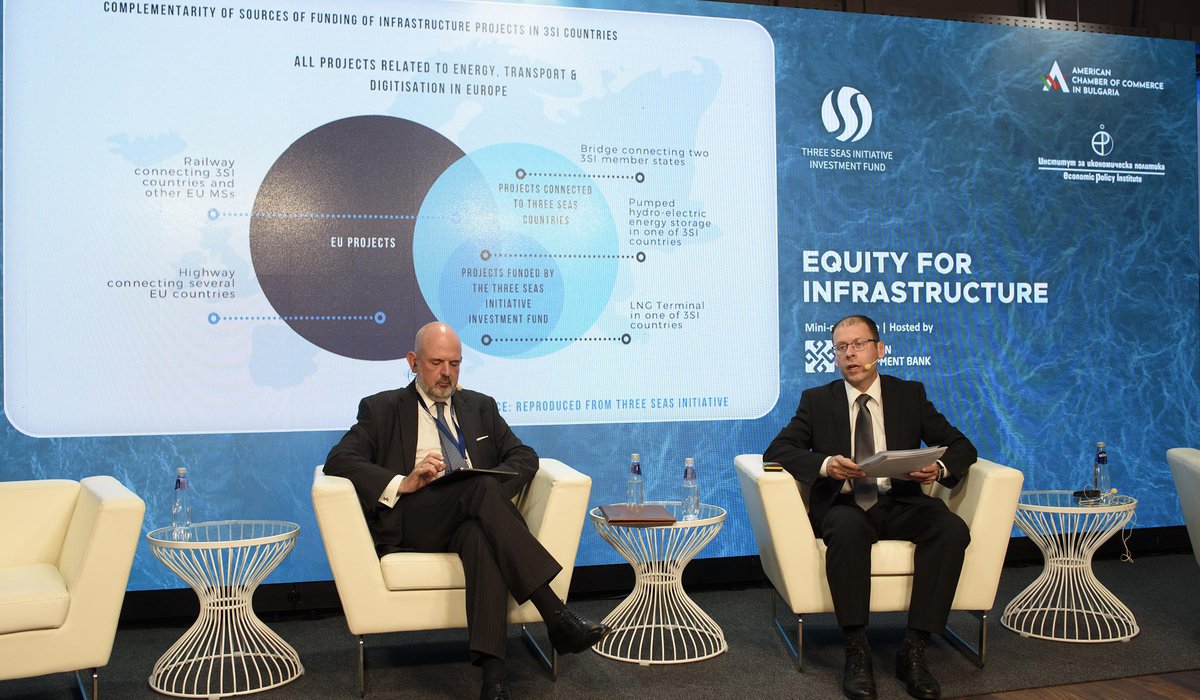 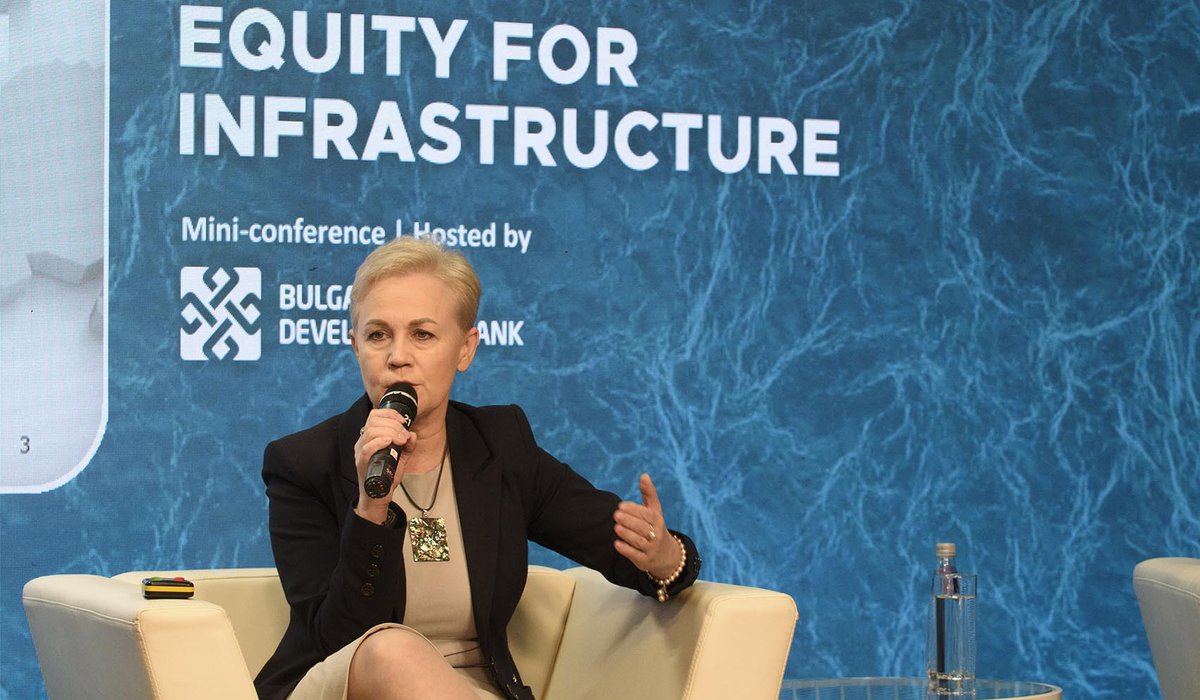 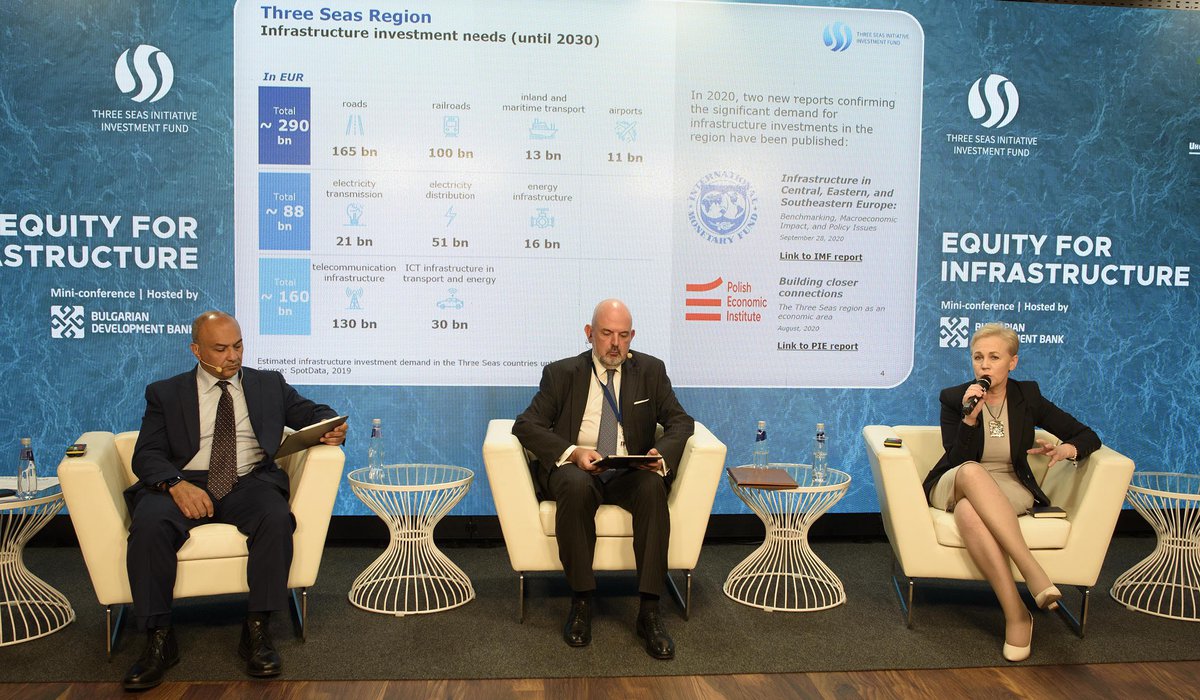 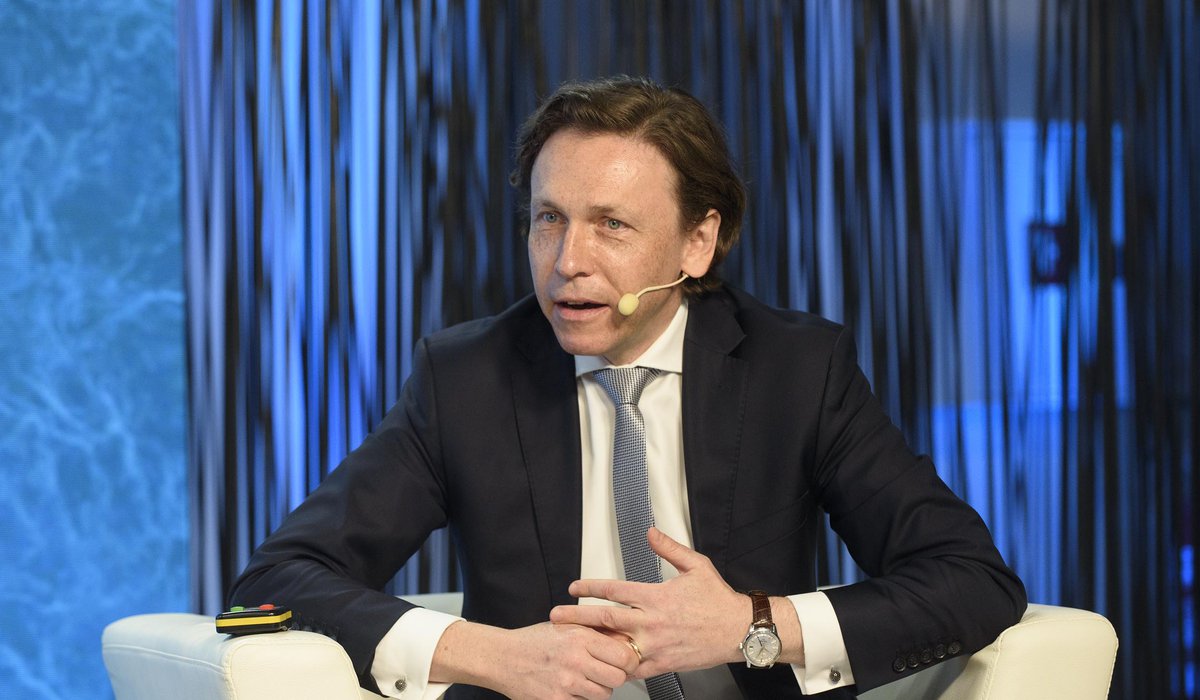 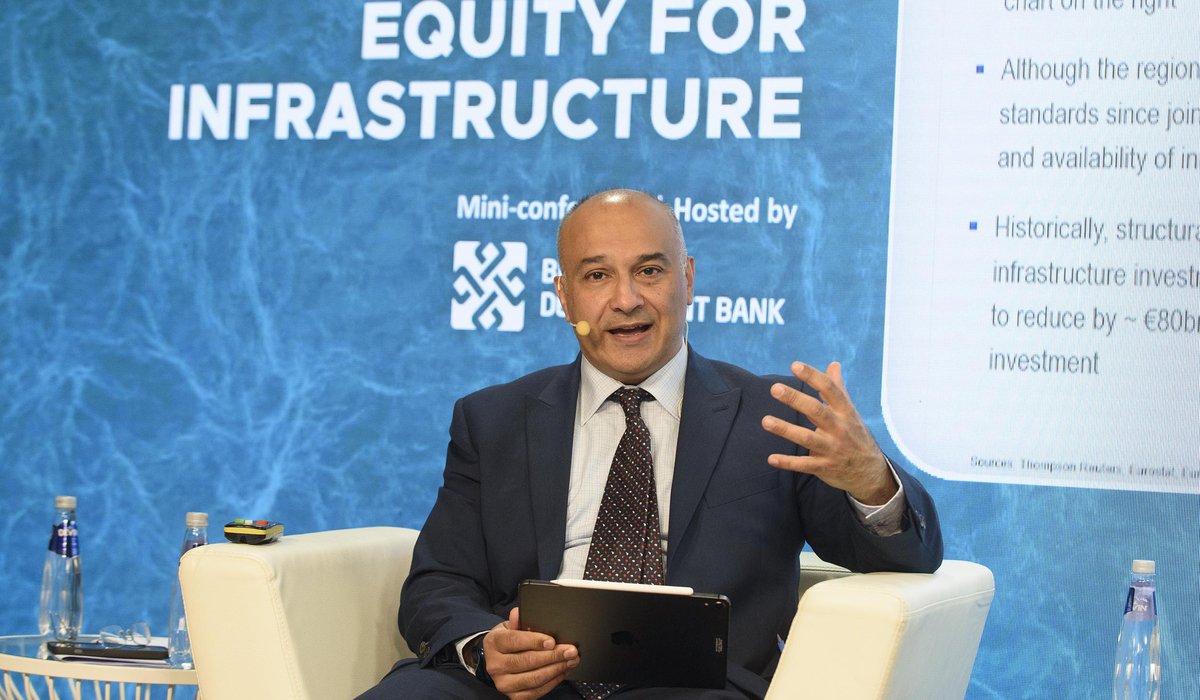 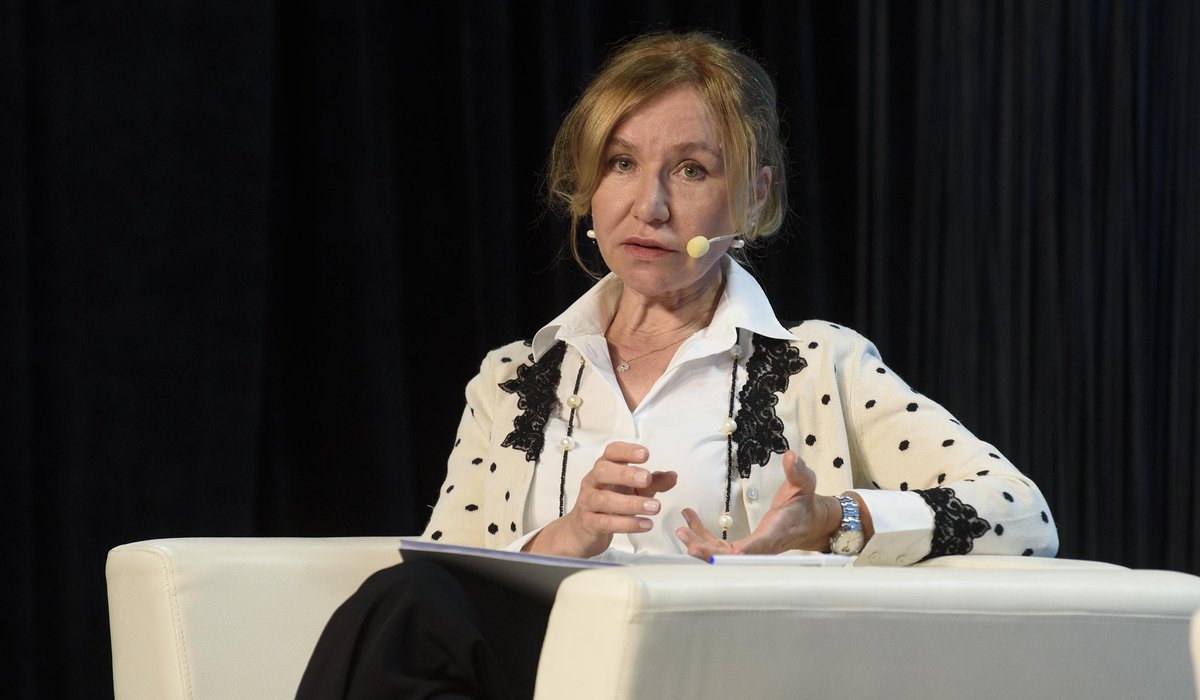 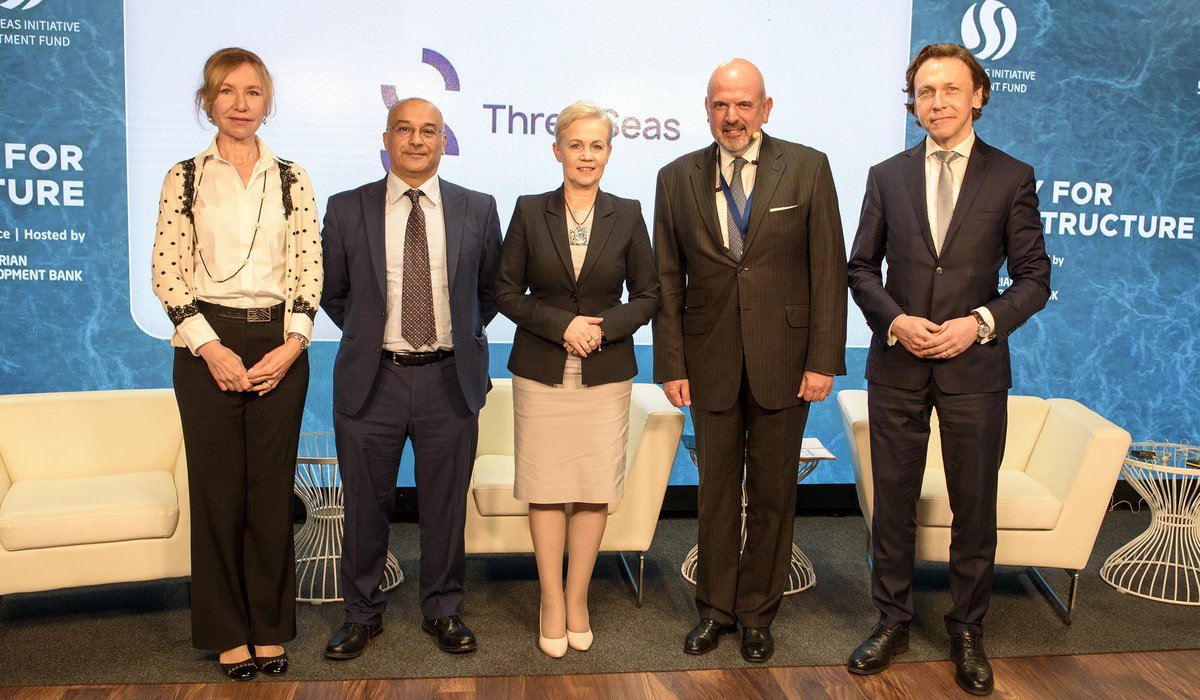 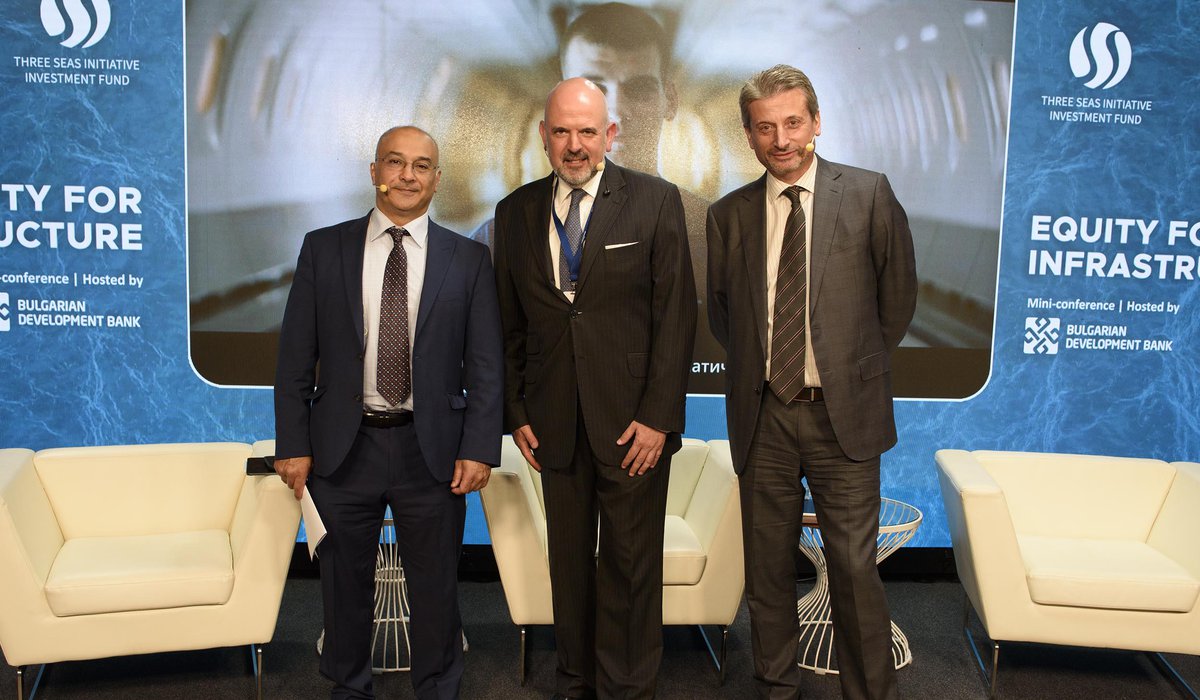 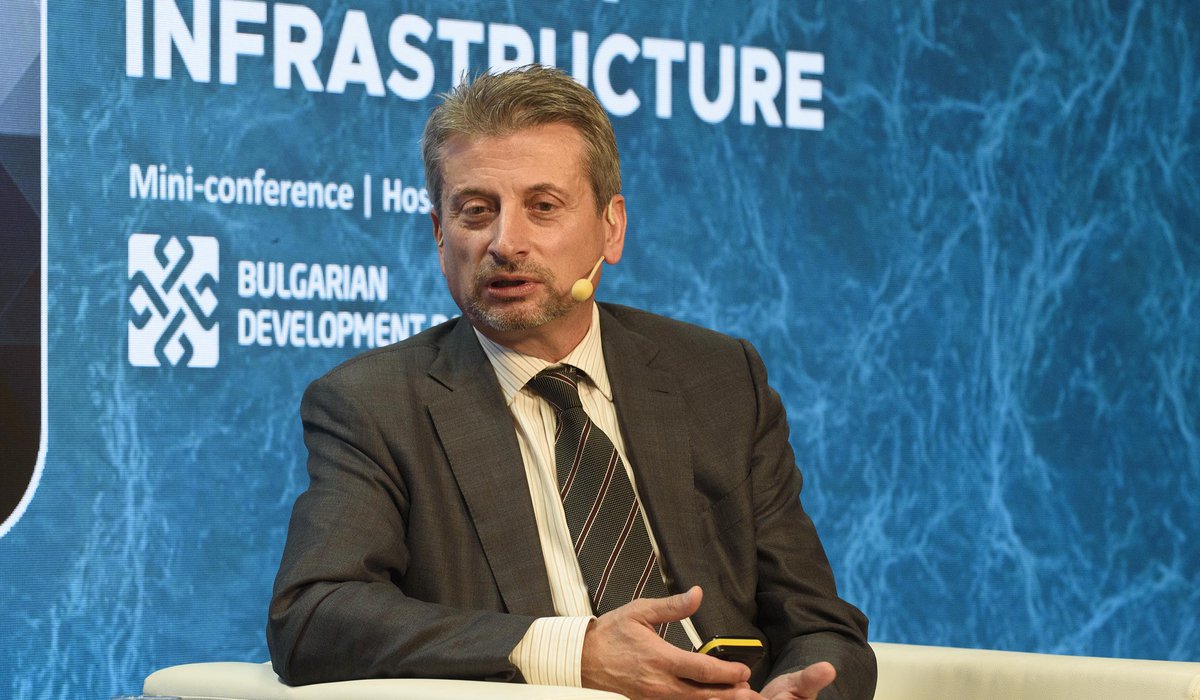 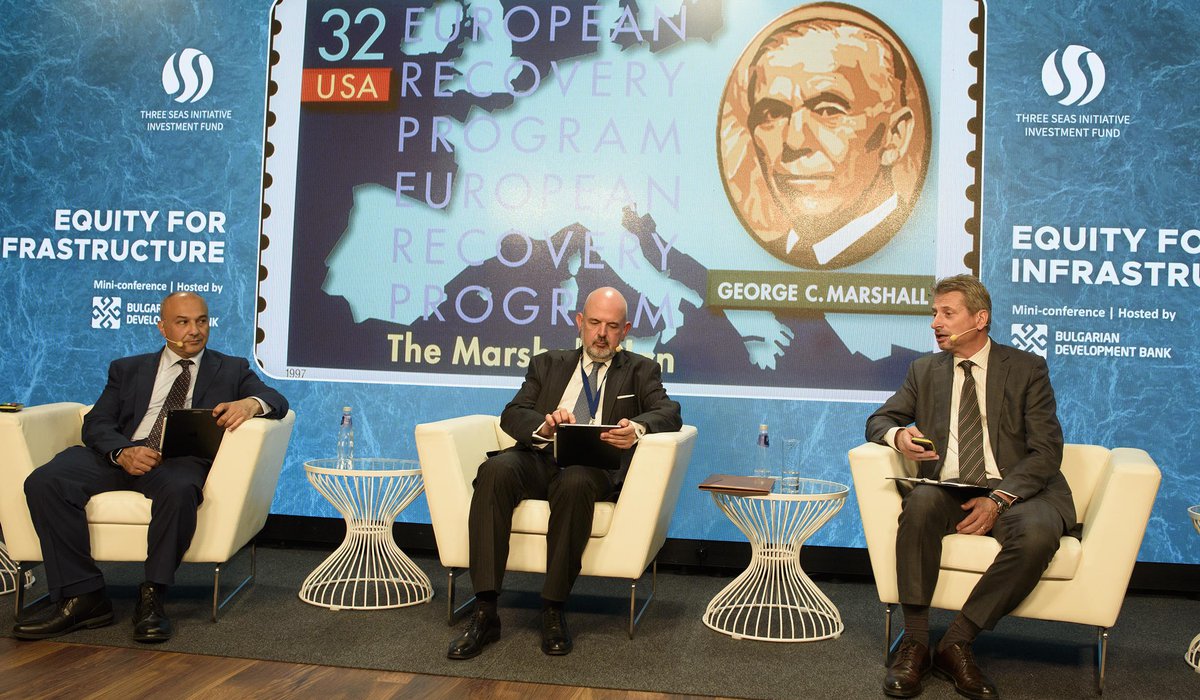 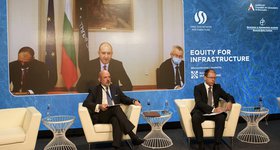 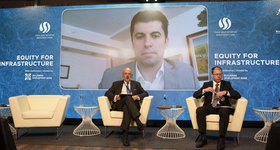 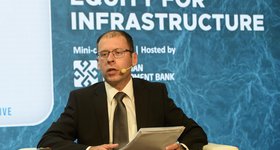 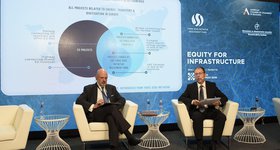 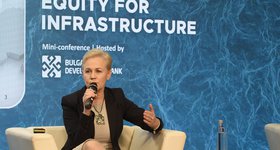 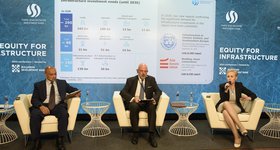 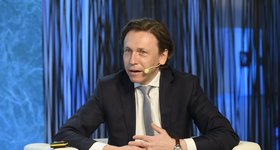 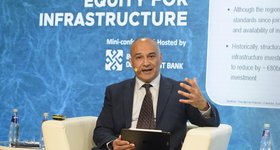 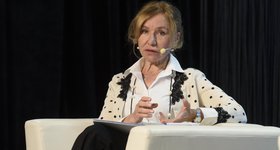 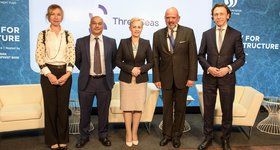 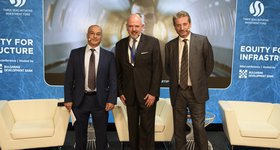 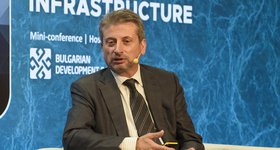 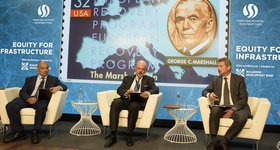