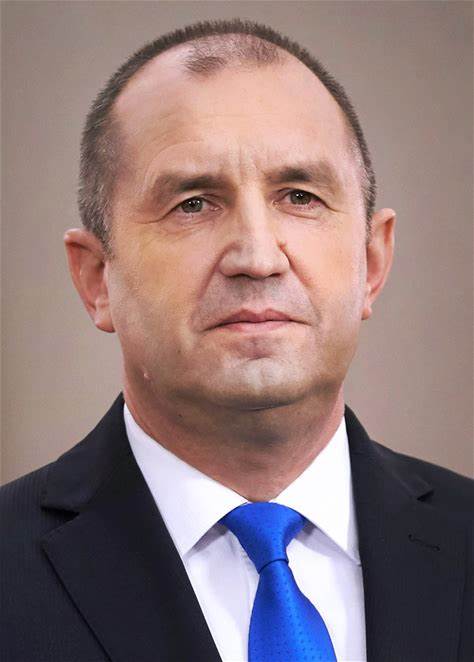 President of the Republic of Bulgaria

Rumen Radev is the fifth democratically elected President of the Republic of Bulgaria. He took his University Degree at the Air Force Academy in Dolna Mitropolia as the top graduate. In 2000 was awarded PhD in Military Science. In 2003 completed the Air War College, Maxwell AFB, USA, as a distinguished graduate and took Master’s Degree in ‘Strategic Studies’.

His name is written on the Glory Alley of the Air War College. Rumen Radev is a First Class pilot with more than 1400 flight hours. He is a MiG-29 Instructor and Demo-pilot and was promoted a Major General. During 2014-2016 Rumen Radev was Commander of the Bulgarian Air Force.